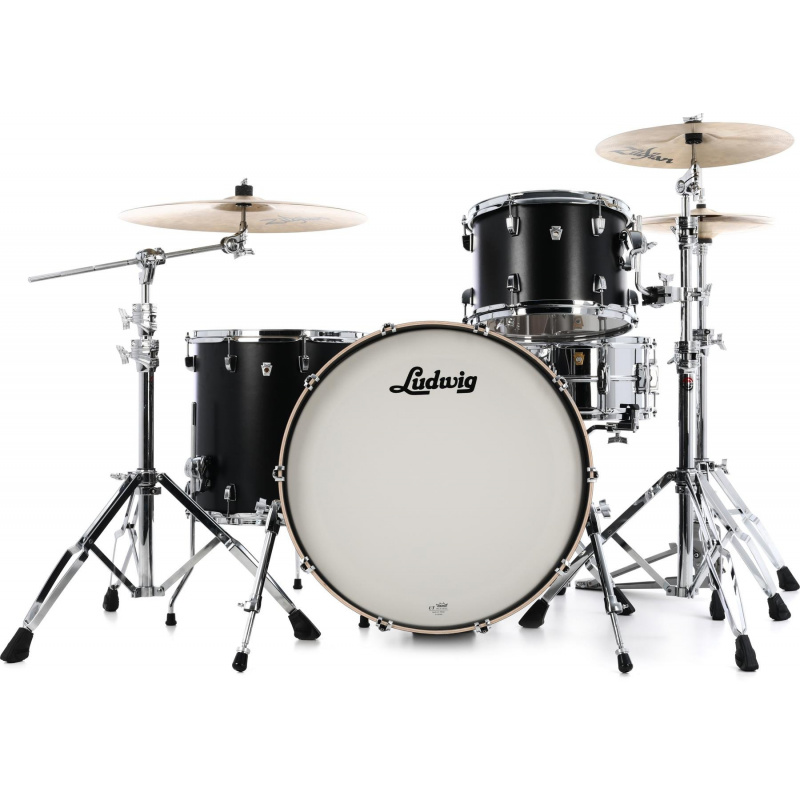 Ludwig’s NeuSonic shell packs draw on more than 100 years of drum-making expertise. The 6-ply maple-on-cherry shells blend classic Ludwig warmth and visuals — including Mini Classic lugs and Keystone badges — with modern power and cut. Yet, despite its heritage build quality, the American-made NeuSonic is reasonably priced. From bop to rock, and from classic to contemporary styles, drummers everywhere are finding a new groove with Ludwig NeuSonic shell packs.

The same traditions that have gone into Ludwig drums since 1909 continue to shape the NeuSonic series. Shells are formed by skilled hands at Ludwig’s facility in North Carolina, USA, and are tested to stand up to real-world gigging conditions.

A 3-ply exterior of punchy, broadband maple — an integral part of the Ludwig recipe — meets a 3-ply inner core of crisp cherry wood in the NeuSonic shell pack. This adds modern projection and presence to the timeless Ludwig tone for far-reaching sonic diversity.

The look that Ludwig fanatics demand is here in the Ludwig NeuSonic shell pack. Keystone badges and Mini Classic lugs adorn each shell. Meanwhile, subtler touches — like Ludwig’s script logo floor tom hardware — continue to inspire from behind the kit.

*Shell pack only. Snare drum, stands and cymbals not included.

This item is currently not in stock in either branch but can be ordered in from supplier on request, generally within the lead time as listed above.