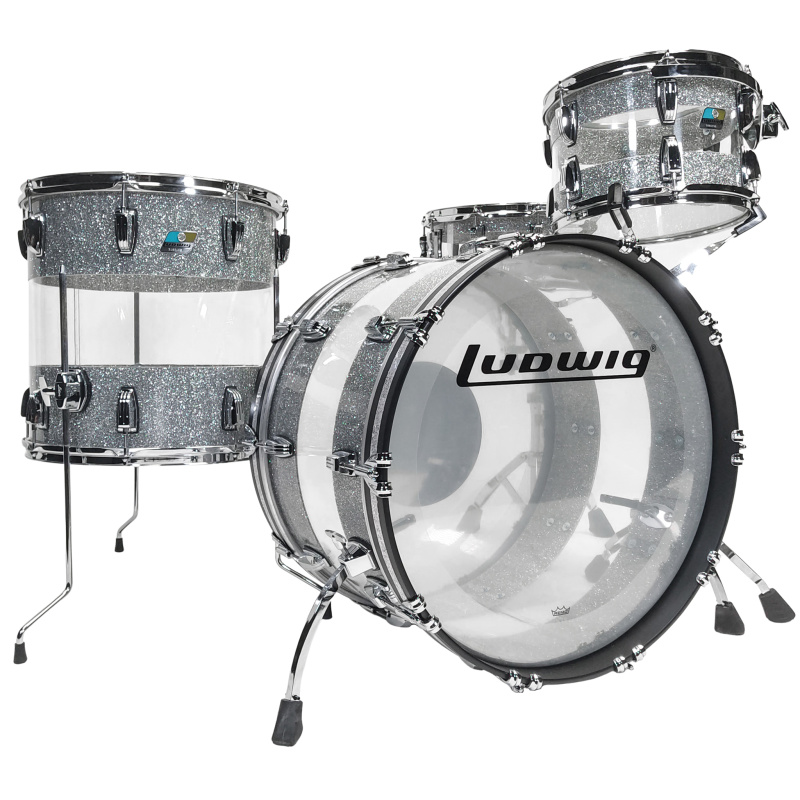 Make way for the latest explosion of color as we celebrate 50 years of Vistalite Drums! Shaking off the psychedelic style of the 1960s, Vistalite series drums challenged the idea of what drums could be. A sound with a presence unmatched by traditionally built drums and a look that would command gem-like admiration.

The celebration of Vistalite 50th brings with it alluring one-of-a-kind varieties. A limited production of five new pattern options that play off familiar rarities with a new twist! Limited to 25 units each world-wide.

As 1972 signaled the rise of a new era of music and fashion, Ludwig was right there with an ear to the ground and its finger on the pulse to compliment this era of “galactic-glamour”. Ludwig would take acrylic drums to new heights when it became the first to introduce pattern, multi-color, options as part of its finish assortment in 1975. From the biggest names in rock, pop, disco, and funk to some of film and T.V’s biggest hits, Vistalite drums took the spotlight capturing a sort of individualist spirit that not only made you visible but memorable. It’s long celebrated impact has made it drum’s clear choice worldwide.

Decades of unrivaled power, performance, and innovation – Unrestrained style with an individualist spirit that took drums to new heights. We celebrate a milestone of innovation and drum manufacturing for the next era of thrilling musical moments.

This kit is a European exclusive and super limited! Grab yourself a bit of Ludwig history!