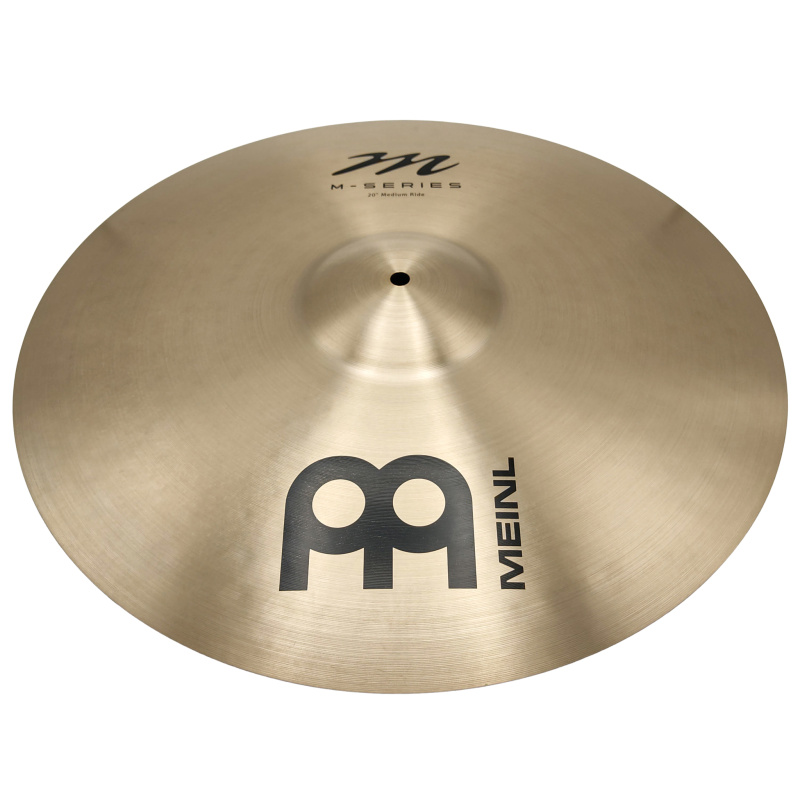 IN STOCK IN OUR LEEDS STORE

Condition – 8.5/10. This ride is in spectacular condition! There are some very minor stick marks and similarly small oxidation spots, and otherwise no keyholing, fleabites, dents, or dinks.

Introduced by Meinl in the early 2010’s to be the new standard in professionally machined cymbals, the M-Series are signiﬁcant as they were the ﬁrst range of B20 cymbals to be hammered entirely within Meinl’s German factory! Current lines such as Meinl’s Pure Alloy and Pure Alloy Customs now get very similar treatment, and as such have quite a bit in common with the M-Series!

With M-Series you can expect pro-level, highly consistent, highly versatile sounds made to suit the performing and recording drummers of the world through all possible scenarios. They’re of moderate pitch, decay, and volume.

With the M-Series, Meinl wanted to capture the desirably rich and complex sounds of B20 with an extreme consistency, and the success of this has since seen Meinl implement more machine work into there high end cymbals! Despite the unforgiving nature of B20 alloy, you can expect any and all 20in M-series Rides to sounds exactly like any other 20in M-series Ride.

This M-Series Ride has a sleek appearance with some super tidy lathing and subtle hammering patterns.

*There is no manufacturers warranty with pre-owned products

This pre-owned item is currently in stock in our Leeds Store and is ready for immediate dispatch.