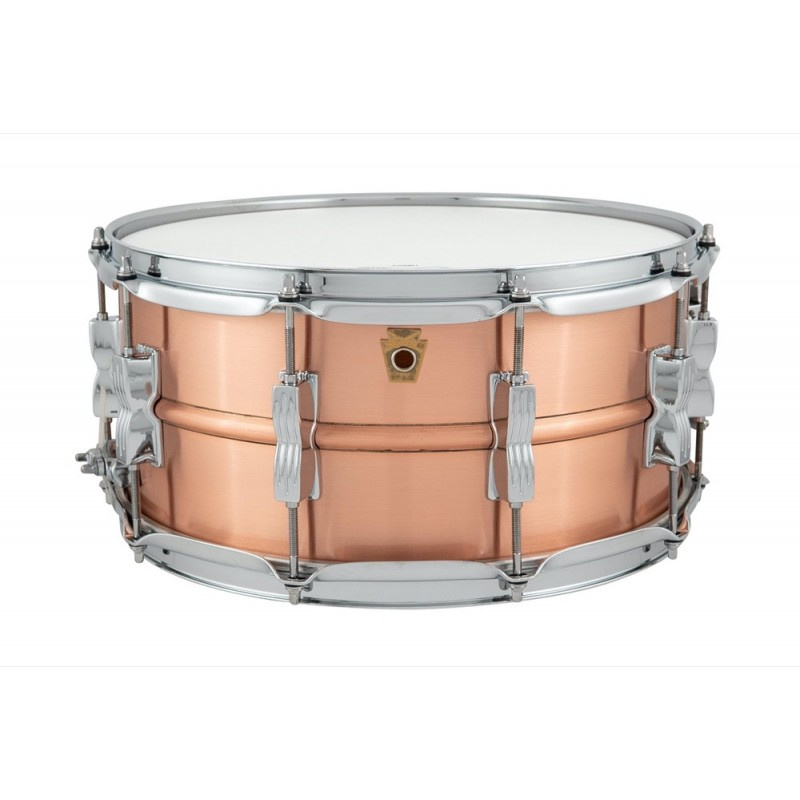 For years, the Ludwig Acrolite snare drum has been a venerable favourite among drummers all over the globe. With its no-nonsense performance and its legendary tone, it has served as a mainstay on many drummers’ snare stands.

With a century of symphonic timpani making under its belt, it’s safe to say that Ludwig knows Copper. Now the legendary drum company brings its Copper expertise to bear on its very own Acro Copper snare drum. This sensational snare features a finely crafted 1mm Copper shell that’s rich with complex overtones and dynamic sensitivity. A centre bead adds strength to the shell while celebrating Ludwig’s iconic snares before it.

Ludwig holds claim to some of the most recorded, toured-with, and sought-out snare drums in the industry. The Acro Copper snare celebrates the golden era of Ludwig snares with some collectable appointments, including Small Twin bow tie lugs, a weathered brass Keystone badge, and a set of Ludwig Weather Master heads, along with a classic P86 throw off for rock-solid snare performance.

We have one of these in stock for immediate dispatch.