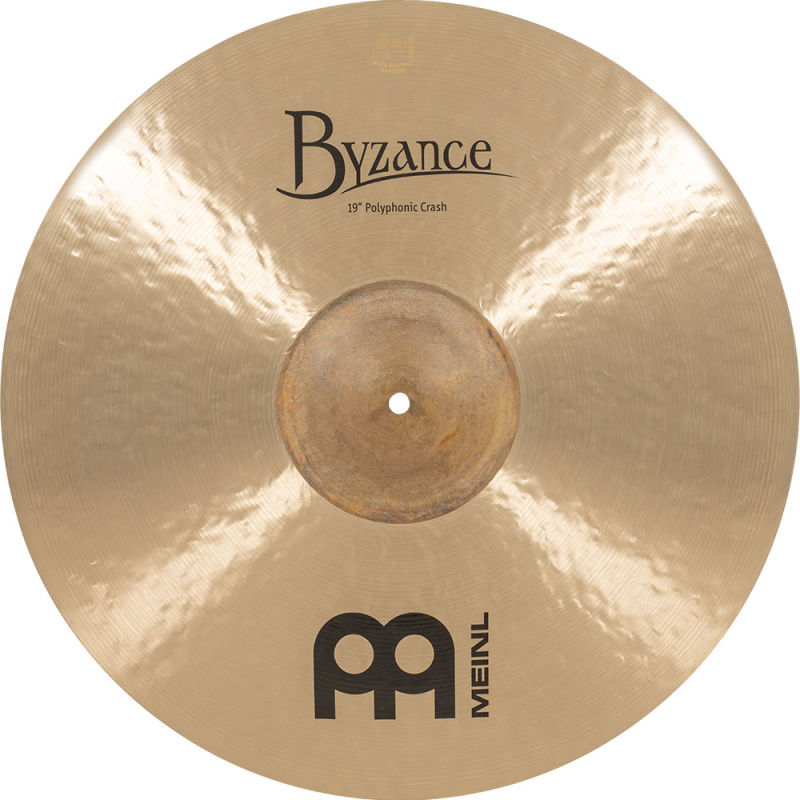 This new polyphonic crash features thin edges and a thick unlathed bell much like its popular polyphonic ride sibling. It has a quickly projecting, explosive sound character that decays into a roar with a short controlled sustain. To add to that, the bell on this crash has its own unique yet fitting voice, with a cutting attack and plenty of volume.

While their hammered and lathed surfaces and warm sound may be very traditional, Byzance Traditional cymbals are the ultimate choice when it comes to versatility. Rides with a buttery-soft feel. Crashes that range from dark and shimmering with thin models, to powerful and focused with heavier ones. Classic warm tone and sonic individuality come together in Meinl’s Byzance Traditional series.

This item is currently in stock ready for immediate dispatch. More can be back-ordered from our supplier if required.