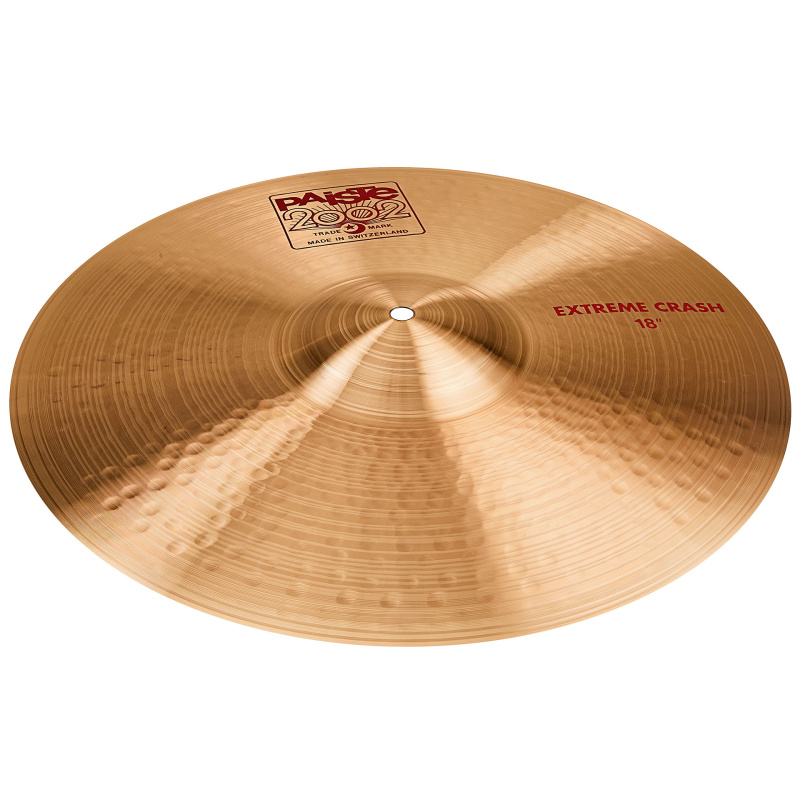 Ample power to cut through any mix. The Paiste 2002 Classic 18in Extreme Crash has the power and projection you need. When other crashes don’t deliver the explosive attack needed for a performance, go extreme. The fully lathed finish results in a clean sound with abundant bright overtones. More than just an accent – the Extreme Crash is a statement.

The 2002 series has defined the sound of rock drumming since the 70s. As rock music got louder and heavier throughout the latter half of the 20th, drummers needed a cymbal which could keep up, and Paiste provided the answer. The 2002 series was born in 1971 and drummers including John Bonham, Carl Palmer, and Ian Paice adopted them as their cymbals of choice. Since then the 2002 family has only grown bigger, and today many models are available.

This item is currently in stock ready for immediate dispatch. More can be back-ordered from our supplier if required.