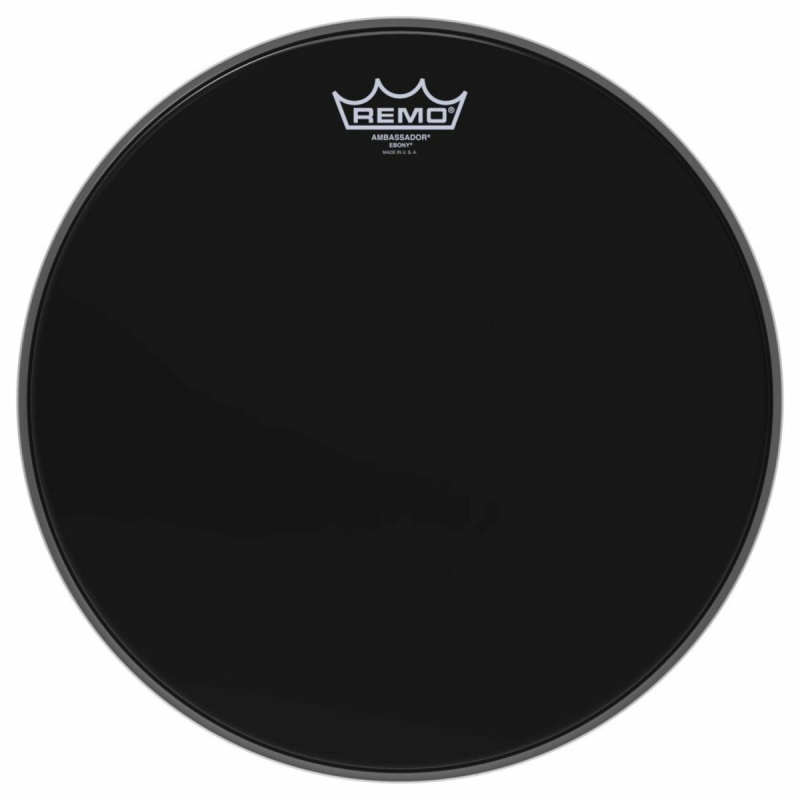 The Remo Ambassador Ebony Series are part of Remo’s most successful and widely renown series, the Ambassador series. Initially developed for their striking visual impact, the Ambassador Ebony heads have a unique sound that’s as deep and dark the their appearance. The heads gained so much popularity that they are widely factory supplied due to their depth, resonance and timelessly classical appearance.