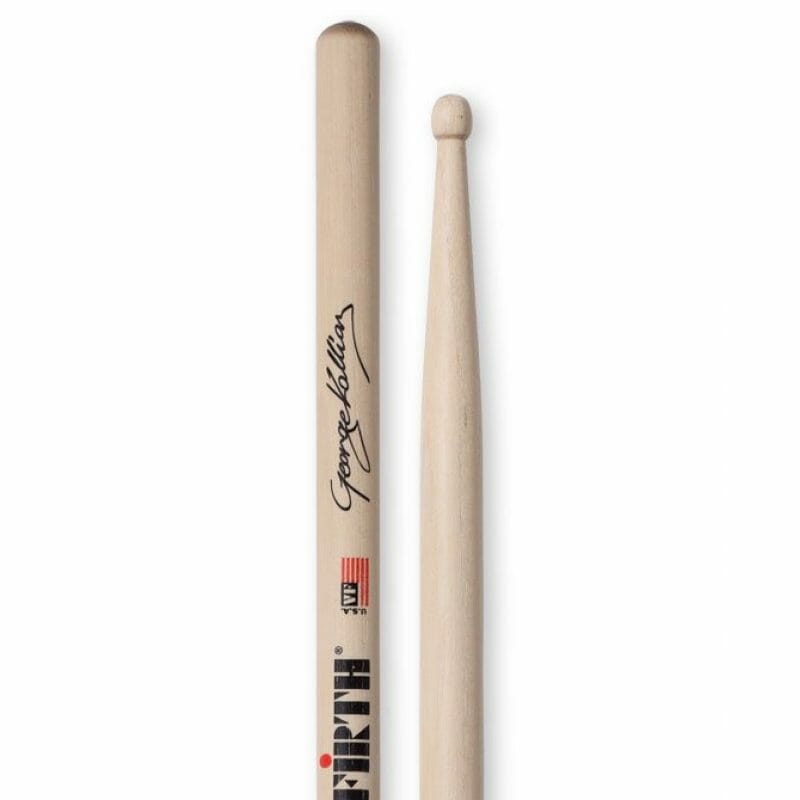 Born in Korinthos-Greece in August 1977 George Kollias started playing drums at the age of 12. He formed his first band, Extremity Obsession and he started playing local shows with them as well as with many other local bands as a session drummer. George took private lessons from Yannis Stavropoulos in 1999 and one year later he moved to Athens to start working as a professional musician.

In 2001, George joined the band Nightfall. In addition to his drumming, George also contributed to the song arrangements and backing vocals for the group’s album entitled “I am Jesus”.

In 2004 George joined forces with US metallers, Nile. He moved to the United States to work and record his first album with Nile, “Annihilation Of The Wicked”. Currently, George plays with Nile and teaches at the Modern Music School in Athens-Greece as a Drum Instructor on the Extreme Drumming Department.

Each Vic Firth Signature Series model was conceived through extensive research with the finest drummers from a variety of musical styles. The designs reflect their musical requirements in terms of balance, feel, sound projection and cymbal color. All colored sticks feature a clear, natural tip.

We currently have 3 of these in stock in our Glasgow Store that are ready for immediate dispatch.